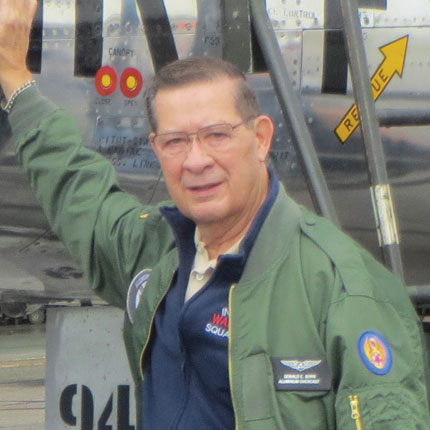 Don is the owner of Born Aviation Products, Inc., a manufacturer and wholesaler of aviation related gift items. He holds a BS in economics from Purdue University and a MBA from Butler University.

Don is a former US Air Force pilot, flying EC-121D Super Constellation AWAC aircraft. He served 1 ½ years in Vietnam, flying 127 combat missions. He has authored several articles on the ED-121, its role in Vietnam and as a forerunner to today’s E-3. He is still an active pilot holding commercial, single and multi-engine ratings with instruments. Don received the FAA Wright Brother’s Master Pilot Award for 50 years of safe operations in January 2015. During this time he has logged over 6,000 hours.

Don is a past Board Member of the Indiana War Memorial and a current Board Member of EAA’s Warbird Squadron 3. Don is also very active with the Indianapolis Aero Club and has served as President and Chairman of the Board. In 2009 Don was awarded the City of Indianapolis, Distinguished Citizen’s Award by Mayor Bart Peterson for his work with the youth.